QUILL (Quorum for Unrestricted Information, Law, and Liberty) (私設武装組織フェザー, Privated Armed Organization Feather) is an international armed resistance group, formed by a coalition of various foreign human rights groups who protested Sumeragi's treatment of Adepts. They utilize guerrilla tactics and subtle warfare to liberate adepts and undermine the Sumeragi Group, and are in turn denounced by Sumeragi and the general public as a terrorist group.

In truth, founding member Asimov established the organization with the ultimate goal of Adept supremacy and the extermination of normal humans. It is unknown if any of the group's other leaders are aware of this goal, and no other known members are aware of it or support the idea. However, in the Japanese script of mission Azure, he addresses Gunvolt as someone who stands in "our way" (我々の前に).

It is said that QUILL has about 100 members scattered across the world, most of whom are Adepts, with multiple divisions such as fighting units, intel units, and a weapons development department. However, there were only a few in Japan fighting Sumeragi during the events of ASG, due to the barrier Kamishiro protecting Japan making it difficult for any outside members to infiltrate the nation.

One of QUILL's internal ethos is "Don't go snooping on others' septimas." Very few members know that Asimov is an Azure Striker, for example.

Known as the Quorum for Unrestricted Information, Law, and Liberty, QUILL was established by
former members of a human rights organization with the intent to rise up and stand against Sumeragi’s
inhumane and extremist ways. QUILL utilizes guerrilla tactics to rescue imprisoned adepts from
Sumeragi’s clutches and bring freedom to everyone with septimal powers around the world.

The Quorum for Unrestricted Information, Law, and Liberty.
This resistance group was established by former members of an international human rights group in order to counteract Sumeragi's increasingly extremist policies. QUILL utilizes guerilla tactics to free the septimally gifted from Sumeragi's clutches and bring liberty to all such "Adepts" across the globe.

After going berserk and escaping from a Sumeragi lab as a boy, Asimov managed to escape overseas and joined a certain group. From then on he devoted his efforts to establishing QUILL, and eventually he and other foreign Adepts founded the organization.

At some point Asimov returned to Japan and began conducting raids against Sumeragi facilities, eventually freeing fellow Project Gunvolt test subject Gunvolt, inducting the boy into QUILL, and acting as a father figure for him.

Having learned via wiretapping Sumeragi about the international Adept supremacist group Eden threatening to destroy Japan's national defense barrier, Asimov exploited their assault and the brief moment the barrier went down to bring fellow QUILL agents Zeno and Moniqa into the country. The duo joined him and Gunvolt to form Team Sheeps.

After the hacking of Sumeragi's MMORPG September Record, QUILL took notice of the company's unusually nervous response over what should have been a mundane incident. The intelligence team looked into the subject, and from there it was discovered company mascot Lumen aka "The Muse" was an Adept detecting device, and that the MMO had been created solely as a platform for her usage. With Lumen's true purpose now known, QUILL set out to prevent any more Adepts from being caught by destroying it.

Having uncovered that Lumen is hosted in Sumeragi's Building 1, Team Sheeps commences the mission to locate and destroy her. Gunvolt infiltrates the building, and after some trouble discovers that it has been transferred to a nearby train preparing to depart. With Moniqa serving as a navigator and Asimov providing sniper support, GV finds the train and makes his way to the car containing Lumen. There he discovers that Lumen is not actually a machine, but the septimal power of an Adept girl named Joule held captive and having her power used against her will. Defying Asimov's arguments and reaffirmed order to eliminate her, GV officially leaves QUILL, frees Joule, and the duo flee, with Team Sheeps covering their escape as Sumeragi's reinforcements converge.

Despite the falling out and his departure, QUILL still provides GV with jobs, as Joule is being pursued and GV is infamous as a QUILL agent, making civilian work difficult at best, and impossible at worst. GV and Joule are also still heavily supported by the organization, in ways such as Zeno setting up their apartment's internet connection to run through a QUILL server, or the organization forging a civilian identity for Joule so that she can live a semblance of a normal life. Team Sheeps also maintains casual contact, to the point where Joule is familiar with the three members, and Zeno often visits the apartment just to hang out.

Following the conclusion of the first game, Gunvolt severed all ties with QUILL and is on the run from the organization.

Around this time the Chinese QUILL branch was subverted by Eden, leading to operative Xiao Wu fleeing the country and joining up with Gunvolt in anticipation of Eden's actions in Japan. Xiao feigns loyalty to maintain his connections with QUILL, using them to supply Gunvolt with gear and intel.

Following the bad ending of ASG1, Asimov would go on to nearly accomplish the true goal he founded QUILL for by secretly taking over the Sumeragi Group and reforming it into the Sumeragi Institute of Human Evolution, implementing a genocidal policy and reducing normal humans to a pitiful minority known as "Minos."

Although the name QUILL has become hundred year old history, Asimov--now going by the name Demerzel and having transcended his physical body--appears to still have strong attachments to the group's legacy. QUILL's logo can be faintly seen in the background in the innermost depths of his bunker, and the logo is emblazoned on his electron body's container as he recovers in sleep mode. He even went as far as to commission the Falcon Quills, feather shaped pens and successors to Glaive technology, given to his elite enforcers to carry out his agenda. 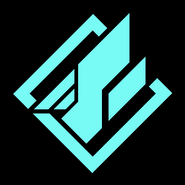 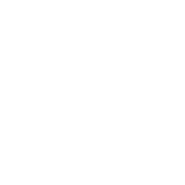